Genshin Impact is a Chinese high-quality game that opens up a huge fairy-tale world to users. Millions of players are fascinated by the anime style, captivating storyline and dynamic fighting techniques. This project is not a copy of Zelda, as you might think, it has its own merits and an impressive budget. Play on your smartphone at any convenient time. Launching the application on your device, you will not even notice how time flies in fantastic locations or overcoming difficult challenges.

In the game Genshin Impact for android, a beautiful external design, many quests and a pleasant soundtrack are impressive from the first minutes of the gameplay. But the developers have prepared something else. This project has a non-standard combat system: the user will have to play not one, but several characters at once. For each completed quest, you get experience points and upgrade your basic combat skills. Then, access to new champions is unlocked.

Super heroes in the Genshin Impact universe have individual abilities. Each of the mastered elements can be combined as you like. For example, you can use a water attack on one enemy and lightning strikes on another. In the battle arena, there are mobs with individual elements. In battles with them, the player gains experience and loot. Use the elements skillfully against your opponents. Some techniques have a weak effect on the enemy. So choose your combinations wisely and keep fighting desperately. The combat system in the game will definitely never let you get bored.

Strive to get the 20th level of adventure in order to overcome dangerous obstacles together with your friends and fight against the strongest characters. Further quests become more difficult, especially when you get to the dungeon. Over a million users have downloaded Genshin Impact and continue to diligently achieve new goals and break amazing records. Nice fact: the developers didn’t complete the storyline right away. They are gradually introducing new stories into the game, intriguing users more and more. Want to know how this story ends? Then hurry up to the adventure! You can download the game Genshin Impact for android using the active link below. 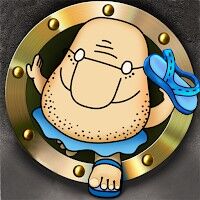