Root Board Game is a mobile version of an exciting board game with strategy elements that has won the sympathy of a huge number of users. The project has a detailed background, interesting gameplay and great graphics. The events take place in a large forest. There are lots of densely wooded areas, clearings with valuable resources, secret places and many paths. An evil sorceress took over the entire territory in order to appropriate all the riches. To face a common enemy, the forest dwellers have banded together and formed a strong alliance. Their goal is to reclaim their lands and drive out the invader.

In the Root Board Game for Android, all heroes are divided into several factions. The situation is complicated by the fact that there is no peace between them either. They often come into confrontation despite an allied treaty against a common enemy. The entire gameplay consists of many battles presented in the form of a board game. Exciting adventures and many surprises await the user. Each game has an unpredictable ending, which depends on the actions of the gamer. Taking back control of the forest will take mindfulness, logic and strategic thinking. The project will appeal to all lovers of high-quality and original board games.

In the Root Board Game, multiple users will take part in the events. Everyone will have to choose their own path: to seize new territories and fight enemies, extract resources and supply the army, conduct secret subversive activities and raise uprisings, carry out all sorts of tasks or maneuver between the opposing sides. To do this, you will have to join a suitable faction. They all obey certain rules, they have strengths and weaknesses. The faction that scored 30 points earlier than others wins.

Root Board Game contains unique characters with unusual abilities. They have flashcards detailing the skills available. To gain an advantage, you need to combine heroes. It is important to develop effective game tactics and follow them clearly. Sometimes you have to negotiate with opponents and betray your allies. But even this does not guarantee victory. Too much depends on chance, and each new party is different from previous attempts to conquer the forest. The process is addictive and does not let you leave the screen. You can download Root Board Game for Android using the active link below. 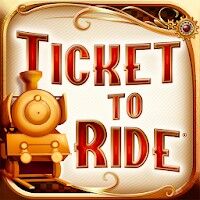