StarMaker is a very interesting and unusual application that will help the user to unleash their creativity and try themselves as a performer of popular songs. Anyone who likes the karaoke format can become part of a large-scale social network that unites millions of users from all over the world. The richest functionality of the program allows you to record videos and post them on the platform. There you can communicate, look for like-minded people and even fans who will look forward to new performances.

In the music library of the StarMaker application for Android, the user will find thousands of works belonging to different musical genres. There are folk and Cossack songs, romances, pop, country, rock, folk and much more. The user can easily understand the interface. To start, just select the appropriate track, turn on the minus and start the ticker. After that, you can start playing and recording. A special StarMaker editor allows you to edit vocals, add acoustic effects, apply filters.

Finished projects will be seen by millions of users. People can comment on them, put likes and subscribe to the artists they like. If desired, the user will find like-minded people, unite with them and record common covers. There is even an opportunity to organize a live broadcast and speak to a large audience online. Gradually, the user will have fans and regular listeners, which will open up interesting creative prospects for him and can give impetus to his future career.

Features of the StarMaker App

You can download the StarMaker application for Android using the active link below. 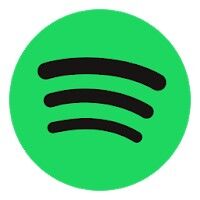 Spotify: Listen to podcasts & find music you love
Spotify is a music application that allows you to play tracks from any Internet ...
Music & Audio Moozza – Music for VK
Moozza - Music for VK is a high-quality and convenient application for free list...
Music & Audio Voloco: Auto Vocal Tune Studio
Voloco is an interesting and useful application that allows you to process and t...
Music & Audio Stellio – Music and mp3 Player
Stellio is a convenient and functional player that provides users with ample opp...
Music & Audio Groovepad – music & beat maker
Groovepad is an advanced and easy-to-use editor that allows you to quickly creat...
Music & Audio