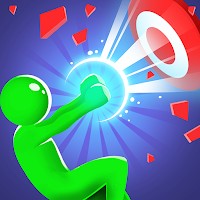 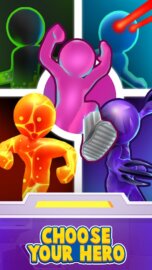 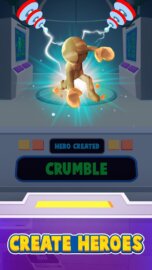 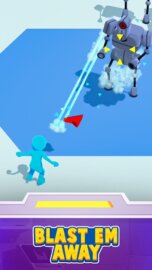 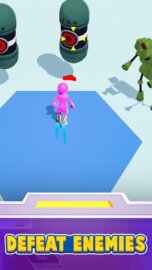 Heroes Inc! – uncomplicated and addictive arcade game from Lion Studios. The game has an interesting plot, simple mechanics and bright graphics in the style of minimalism. Events take place in the distant future. Alien robots have taken over the planet and are going to destroy human civilization. The player must save people and fight back insidious enemies. To do this, you need to create a squad of invincible and brave fighters with incredible abilities. They will be able to cope with any opponents and restore a calm, peaceful life.

In the game Heroes Inc! for android, first the user will be in the laboratory. There he will find the tools and technology needed to create new abilities. It is necessary to endow the characters with skills that will allow them to resist different enemies. The squad will have heroes capable of freezing and incinerating alien invaders, destroying them with a laser or incapacitating them with crushing blows of huge fists. Battles take place automatically. The task of the gamer is to put the most suitable fighter against the robots.

At Heroes Inc! each successful battle will bring the user points. They can be spent on pumping a character, improving initial skills and obtaining new abilities. The game is divided into levels. As you progress, the enemies become stronger, it will be difficult to cope with them. The battles are extremely dynamic, which fueled interest. Simplified graphics do not spoil the impression. The project captures from the first minutes and does not let you get away from the display.

Features of the game Heroes Inc!

You can download the game Heroes Inc! for android using the active link below.

Idle Ants
Idle Ants is a fun arcade game from Madbox in which you have to lead a squad of ...
Arcade

LokiCraft
LokiCraft is a fun arcade sandbox from Akseno2, which has become a clone or paro...
Arcade
0 comments
Top Games