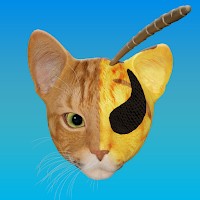 Idle Animal Evolution is an entertaining arcade clicker that will impress lovers of simple and funny projects. The game is an original constructor for unusual and exciting experiments. It implements an alternative version of the evolution of living beings. The user is invited to try himself as a creator. He can combine and mix different types of living things to breed completely new individuals. The resulting hybrids have unique characteristics, they are not found in any encyclopedia.

The game Idle Animal Evolution for android has an addictive gameplay. You need to select several individuals and then watch how the system creates completely new creatures. The project includes many objects for experiments, among them there are various animals, birds, fish and insects. For example, you can combine a cat and a parrot, a tiger and a butterfly, a rooster and a turtle, or a hare and a frog. Sometimes the combination results in very unusual and funny creatures. The project develops imagination and logical thinking.

In Idle Animal Evolution, the controls are simple, to start the evolution process, just click on the display. As a result of each experiment, the participant receives a currency that can be used for further work. Particularly interesting results are obtained when several creatures merge at once. Colorful graphics, non-standard gameplay, well-chosen soundtrack and a friendly interface will appeal to a wide variety of users and help to have fun in their free time.

You can download the game Idle Animal Evolution for android using the active link below.

Idle Ants
Idle Ants is a fun arcade game from Madbox in which you have to lead a squad of ...
Arcade 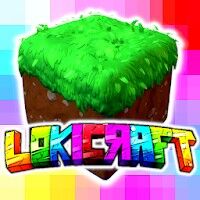 LokiCraft
LokiCraft is a fun arcade sandbox from Akseno2, which has become a clone or paro...
Arcade
0 comments
Top Games