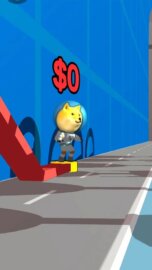 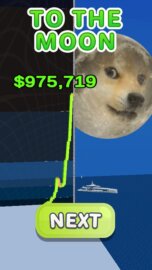 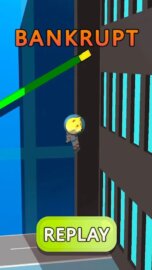 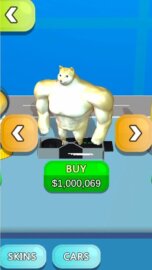 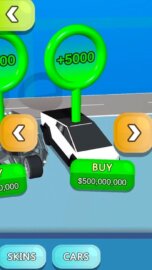 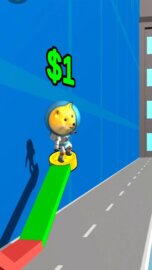 2 THE MOON is a fun casual arcade game from VOODOO on a hot and hot topic. In the game, the participant will have an exciting and unusual gameplay that matches the style of the genre. He will control a cute character named Doge, who is well known by fans of funny Internet memes. It will help the user to make money on fluctuations in the Dogecoin rate – a real-life cryptocurrency based on Litecoin. The main goal is to reach the top position of the chart and get fabulous wealth.

In the game 2 THE MOON for android, the character is at the very bottom at first. This means that digital currency is worthless. For it to gain momentum, you need to move Doge around the location that simulates the schedule. The hero is dressed in an astronaut costume and looks pretty funny. As it progresses, it will collect green coefficients that increase the value of Dogecoin. The red elements need to be bypassed. They are able to drop the course and lower the position.

To get to the very top faster, you need to collect green amplifiers with the highest possible coefficients. The process is addictive and does not let you leave the screen. 2 THE MOON develops dexterity, attentiveness and the ability to move in three-dimensional space. The colorful graphics create a pleasant impression. The game will appeal to all fans of fast mining and will help you spend your free time in an interesting way.

You can download the game 2 THE MOON for android using the active link below.