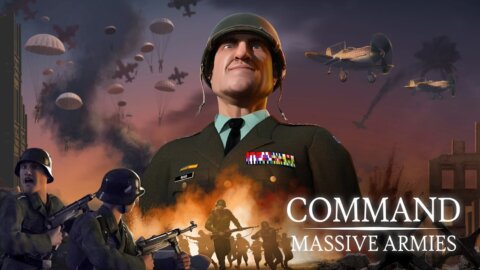 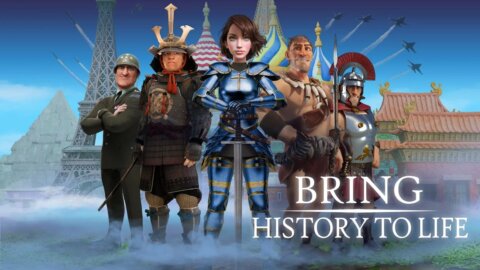 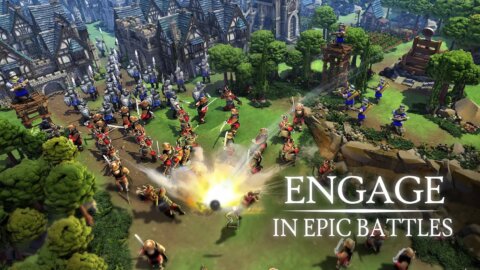 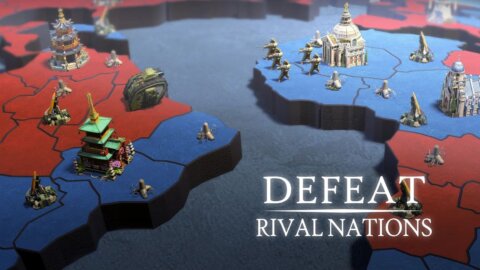 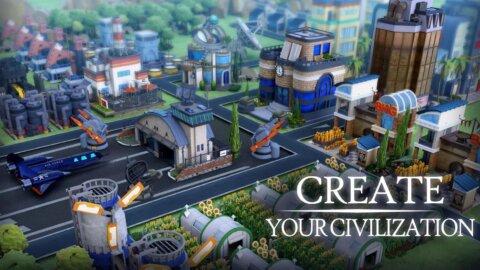 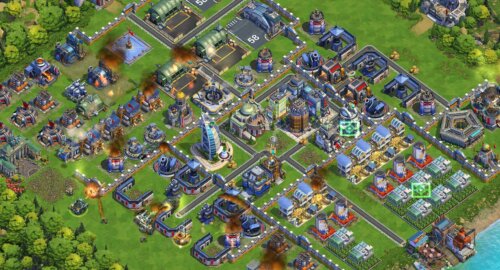 DomiNations is an addicting multiplayer strategy game with all the features and capabilities characteristic of this genre. In the game, the participant will become a great and wise ruler, capable of building a new civilization. His people will go a long way that covers all ages. The gameplay is designed for a long time. The user will see with his own eyes the different stages of human development, from ancient times to the space age, which marked the expansion of space.

In the game DomiNations for android, events first take place in the Stone Age. The player will have a small settlement and a small tribe at his disposal. He will have to hunt, tame animals, cultivate the land, build primitive dwellings. To prevent the territory from being captured by opponents, it is necessary to make weapons and train soldiers. Competent management and correct allocation of resources will allow you to move to the next level of development.

At the initial stages of the game DomiNations, the gamer will be opposed by artificial intelligence. He will have to repel the raids of numerous enemies controlled by the system. When the settlement develops to a certain level, a high-quality functional multiplayer is activated. This will allow you to fight against real opponents controlled by players from different countries. Several tribes will converge on the battlefield, which will make the process more interesting.

The DomiNations strategy has a fun and addictive gameplay that can be roughly divided into two parts. On the one hand – the construction, production and distribution of resources necessary for the development of civilization. On the other hand, foreign policy. To succeed, you need to eliminate numerous opponents, negotiate with rivals, and conclude alliances. It is important to enlist the support of talented military leaders, diplomats, scientists and thinkers.

DomiNations game includes 8 civilizations. Each has its own advantages and disadvantages, as well as characteristics and individual development paths that need to be considered. For example, in the Greek or Roman army there should be no vandals, samurai or knights, their presence is contrary to historical reality. This is an interesting and beautiful project that will appeal to all lovers of quality strategies. You can download the game DomiNations for android using the active link below.