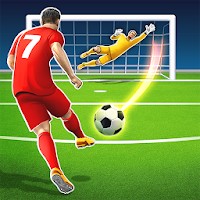 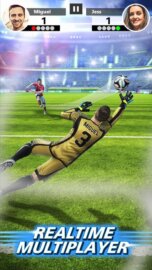 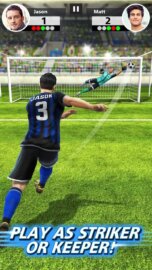 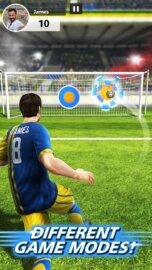 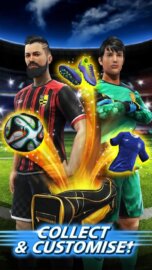 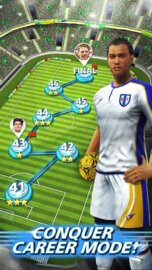 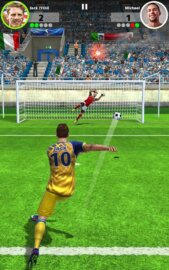 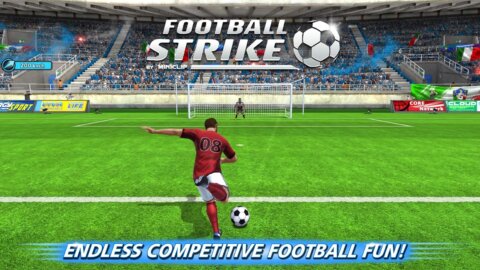 Football Strike – Multiplayer Soccer is an addictive soccer game simulation game from the famous Miniclip.com studio, which has received recognition and appreciation among many players. The project owes its popularity to the high level of game graphics, smooth animation, pleasant and convenient control. The multiplayer is designed for two players: one stands at the goal, scoring balls in an arc.

The Football Strike simulator for Android offers various game modes, so that the user can choose the most convenient for himself. Build a successful football career, choose the club you want to represent, take advantage of many other opportunities. Play online with your friends or challenge random players from all over the world.

Football Strike – Multiplayer Soccer is a bright colorful simulation of free kicks in real time. You can choose from three main game modes: Time Trial, Penalty Kicks or Career Mode. The first two modes are immediately open to new players at the start of the game. The “Career” mode will become available only after you reach the second level.

In Football Strike in a timed game, you will have to face another random player, hand-picked by the system. The level of the enemy will correspond to your level. You will have to score as many goals as possible into the opponent’s goal in a certain period of time. The highest scores are given for the ball hitting the nines (top corners of the goal).

When the time for free kicks comes, the players alternately stand on the goal and do their best to prevent the opponent from breaking through the defense. The winner in Football Strike is the one who managed to score the most goals to the opponent. The reward for winning is sports bags that contain a nice bonus. These can be gold, play money, new player cards, balls, kits. In the “Career” mode, you will have a chance to go from a beginner football fan to a real professional. Participate in matches, win, grow in the world of real football and, in the end, become a star.

The controls in Football Strike are incredibly simple: swipe to the right place on the screen and send the balls in the direction you want. If you play for the goalkeeper, then use your finger to indicate to the hero where to catch the ball. The physics may not be quite similar to the real one, but you will definitely get pleasure from the smoothness of the gameplay. Compete with other users from different countries, challenge your teammates and find out who is the best football player? You can download the game Football Strike for android using the active link below.