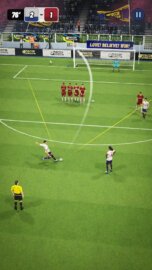 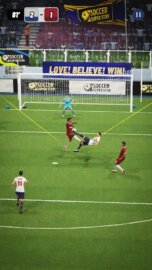 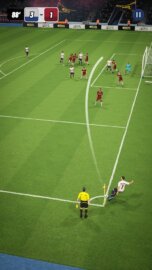 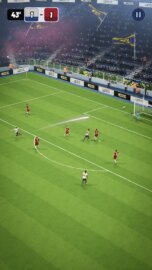 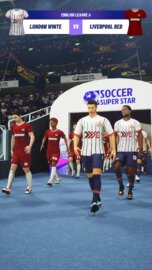 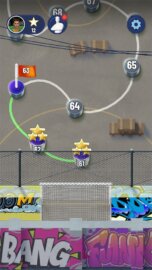 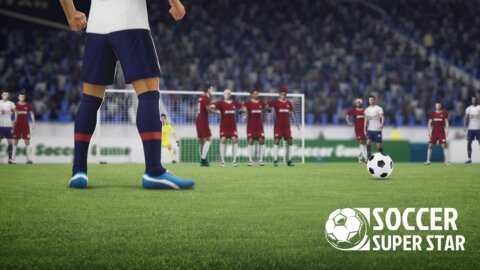 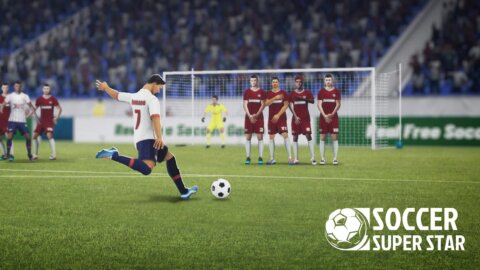 Soccer Super Star is a cool football simulator with arcade elements that will appeal to all fans of dynamic sports games. The developers offer exciting gameplay, gorgeous three-dimensional graphics, extremely realistic physics, smooth animation and good soundtrack. The user will plunge into the exciting world of tough football battles, where only the strongest and most agile participants win. The simulator will delight players with a user-friendly interface and simple controls that even beginners can easily master.

The game Soccer Super Star for android is divided into levels that symbolize matches. The participant needs to score a goal to the opponent, after which he can proceed to the next stage. He will have to give passes on time, perform crossings, throw the ball into the opponent’s penalty area. Each attack must end with an accurate shot on the target of the enemy gate, so that the goalkeeper could not beat it off. For the successful completion of the match, it is important that the opposing players do not take possession of the ball. Perfectly accurate passes should be performed and their number should be minimized. It takes practice to earn points.

To direct the ball to Soccer Super Star, simply trace its flight path with your finger on the display. It is important to take into account the location of the opposing team’s players, the distance to the goal and other important factors. The user himself sets the force of the blow. The correct calculation will allow you to score a goal and change the score in your favor. The game develops attentiveness, dexterity, the ability to navigate in different situations and quickly make the right decisions. Dynamic and addicting gameplay allows you to experience real excitement and completely immerse yourself in the process.

In Soccer Super Star, you shouldn’t forget about the fans who fill the stands. Their support provides additional benefits. It grows with every goal scored. A successfully played match moves the gamer up the hierarchical ladder and brings him coins. They can be spent on buying a new kit, boots or changing the appearance of characters. The simulator has great 3D graphics with excellent elaboration of the smallest details. Even on a small display, the player will be able to discern the smallest details. The process is accompanied by realistic sounds, which heightens the interest. You can download the game Soccer Super Star for Android using the active link below.