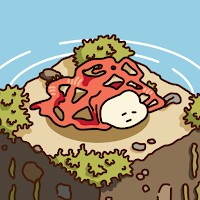 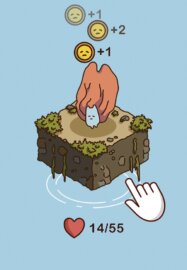 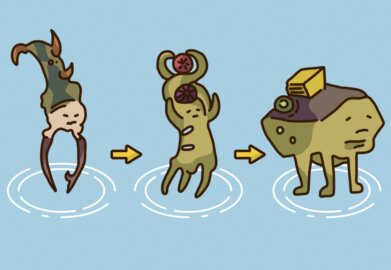 Secrets of sad monsters is a fascinating clicker with arcade elements that has become a worthy representative of its genre. The game has no plot, but the participants will like the interesting and original gameplay. They will have to raise a variety of monsters. To do this, you do not need to do anything, you just need to periodically press the display. This will allow you to pump your character, collect coins and fight opponents. Secrets of sad monsters is a simple and funny android game with beautiful graphics and addictive mechanics.

The playing field is a small island. A cute, but a little sad creature lives there. He has nothing but a few bunches of green grass, and insects that have accidentally found themselves nearby. The task of the participant is to grow a huge and evil monster from a small monster. Of course, the character can live without help. But quick clicks on the display speed things up a lot. For example, the system begins to give out hearts more often, which replenish the health of the weirdo. The character loses it in battles with opponents trying to occupy the island.

In the game Secrets of sad monsters, each creature develops in stages, turning from a small and harmless monster into a huge and dangerous monster with powerful weapons. You don’t even need an internet connection to grow it. The application is fully downloaded to your mobile device and does not require any add-ons. The project has a simple and user-friendly interface. For example, a participant can see which creatures he managed to grow, which enemies to defeat.

Features of the game Secrets of sad monsters

The clicker will appeal to children and adults. A fun and amusing arcade game does not bother and allows you to have a good time. You can download the game Secrets of sad monsters for android using the active link below.