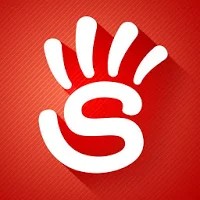 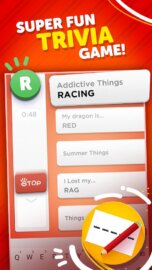 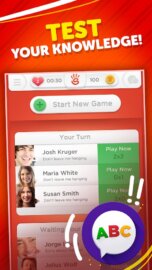 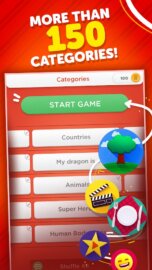 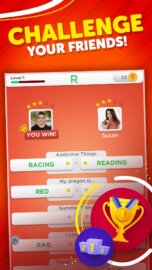 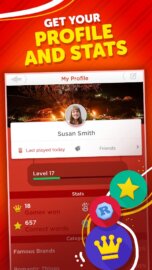 Stop – Categories Word Game is an entertaining turn-based intellectual game that will make you wiggle your brains. Challenge opponents, take part in exciting verbal battles, check how smart you are. Your goal: compete with other players, picking the appropriate words on a specific topic as quickly as possible. Rather enter your invented answer and win the round! You can climb to the top of the standings, receive honorary titles and awards.

In each round of Stop – Categories Word Game for Android, two players compete. First, decide on which letter to begin your answers with the enemy. Next, you need to enter in special fields the name of animals, phenomena and other things from different categories. For example, include what pizza toppings you know, city names, red flowers, body parts and organs, animal breeds, superheroes, names, and more. The main thing is that all inscribed words begin with the letter indicated at the beginning and be written without errors, otherwise the system will not count the answer. You need to be faster than the enemy and complete the task first in the shortest possible time.

In Stop – Categories Word Game, the winner is the player who can think of more words in the least amount of time. Challenge friends, comrades, acquaintances, as well as strangers from all over the world. In the settings, you can change the language and compete not only in your native Russian, but also in English, German, French and other languages. This practice will allow you to improve your foreign language skills in a playful way.

You can download Stop – Categories Word Game for Android using the active link below.

Word Pizza – Word Games Puzzles
Word Pizza is an addicting logic game in which you have to form words from lette...
Word

Alice’s Resort – Word Game
Alice's Resort is a beautiful and addicting word puzzle that will appeal to love...
Word Wordington: Words & Design
Wordington is an entertaining game that combines elements of a story-driven puzz...
Word