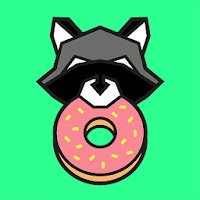 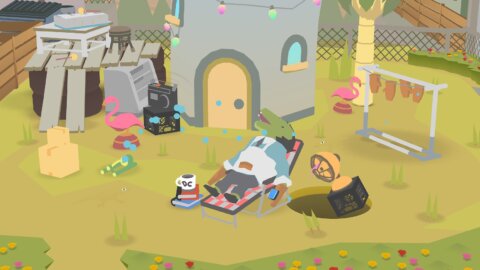 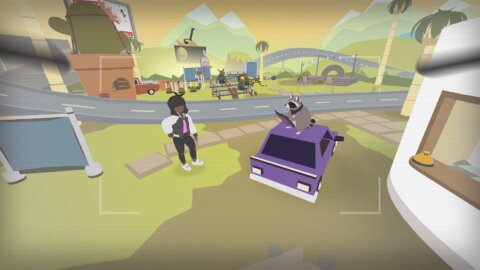 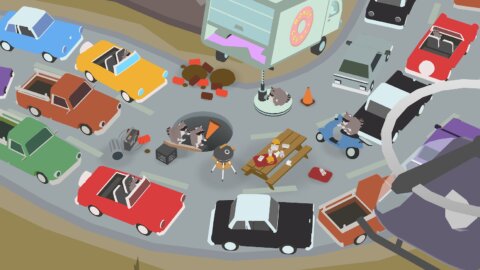 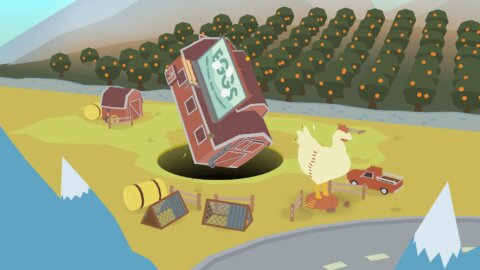 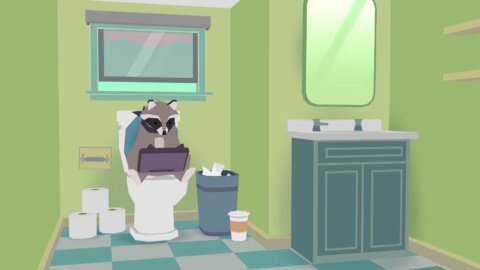 Donut County is an addictive adventure and logic game that combines arcade and puzzle elements. The project has a funny and consistent storyline, dynamic gameplay, colorful graphics and a user-friendly interface. The participant will have to control a miniature black hole that engulfs various objects. Donut County has won many prestigious awards and will surely appeal to fans of the genre.

The protagonist of the game Donut County for Android is an inquisitive and slightly disorderly raccoon with a strange name B.K. He works for a company that makes black holes. The objects are remotely controlled and are used to destroy all kinds of debris.

One day the raccoon got bored and instead of work launched a mobile game. Carried away, he accidentally integrated a control system from some arcade game into a new model of a black hole. Chaos began in a quiet American town. The insatiable device began to absorb all objects that fell into its field of action.

Added short cutscenes to Donut County. They allow you to see what happens to objects and people, absorbed by an incredible device. The hole is controlled by B.K., and the user is in charge of his actions.

The gameplay includes many missions taking place in several locations. The raccoon will terrorize different areas of the city and county. He should move the hole along flat surfaces. Objects of the appropriate size will disappear without a trace.

At first, the hole can absorb very small objects. Gradually, it increases and attracts people, cars and entire buildings. To do this, it is enough to bring it to the desired object. It would seem that Donut County has a very simple gameplay, but over time the tasks will become more difficult.

The gamer can find himself in a situation where all the small elements have already been absorbed, and the hole has not yet grown to larger objects. Therefore, you need to carefully examine each location and correctly assess your capabilities. Sometimes you have to throw away already “eaten” things and use them in a different way.

Features of the game Donut County

Donut County’s levels have a simple, minimalist design. Participants will love the vibrant 3D graphics and rich colors. All locations are placed on the display. The user observes what is happening in an isometric perspective.

The controls are simple, even a beginner can quickly figure it out. Well-chosen soundtrack fits perfectly into the gameplay. The application is fully adapted for mobile devices and runs fine even on older models. You can download the game Donut County for android using the active link below.