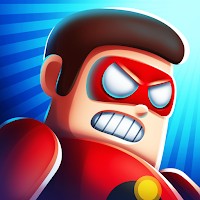 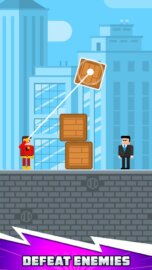 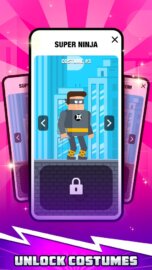 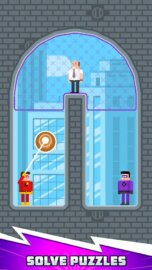 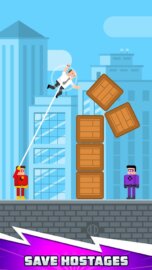 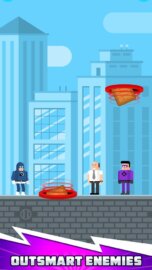 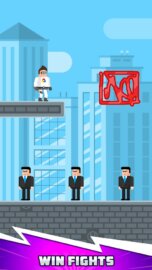 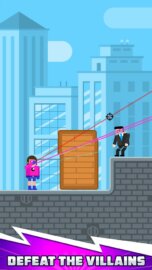 The Superhero League is an entertaining casual puzzle game developed by Lion Studios. The participant will play as a brave and intelligent hero who fights against bandits and tries to rescue the hostages. The game has a captivating plot, addictive gameplay, vivid graphics and convenient controls. To survive, destroy enemies and free people, you need to use different objects and solve difficult puzzles. The game develops attentiveness, logical thinking and the ability to make non-standard decisions.

In the game The Superhero League for android, the user has to go through many levels. The main goal is to clear the playing field from enemies and free the hostages. To complete the mission, you need to sort and drag various objects and attack the villains. The hero will have at his disposal a powerful weapon that incinerates opponents, but it is not always possible to use it. The developers have provided a unique function: if a player draws the desired item on the display, it will “come to life” and cause maximum damage to the bandits.

The gameplay of The Superhero League is about coming up with new and sophisticated ways to eliminate entire hordes of enemies at the same time. As you progress through the difficulty of the levels increases. More villains and unfortunate hostages appear at the location, and it will not be easy to free them. For each successfully completed mission, the user receives valuable rewards. This will allow him to unlock additional objects and purchase unusual costumes for his character.

Features of the game The Superhero League

You can download the game The Superhero League for Android using the active link below. 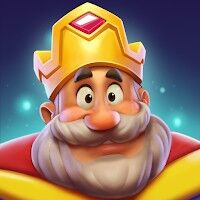