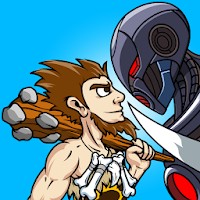 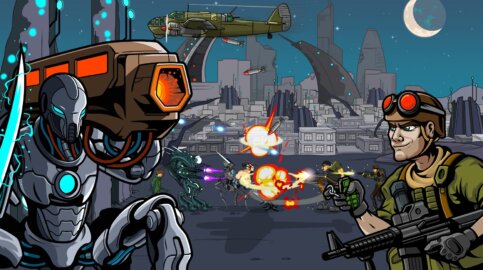 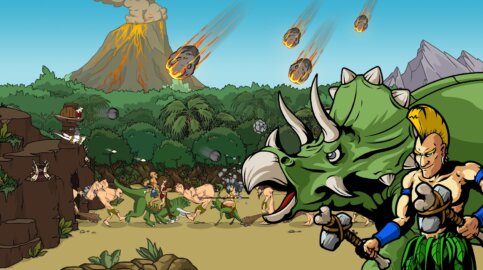 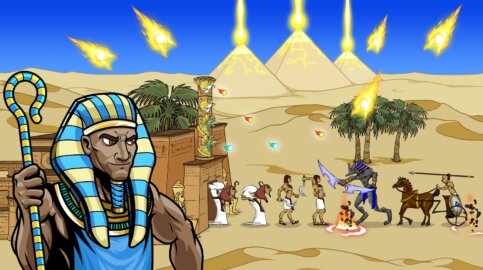 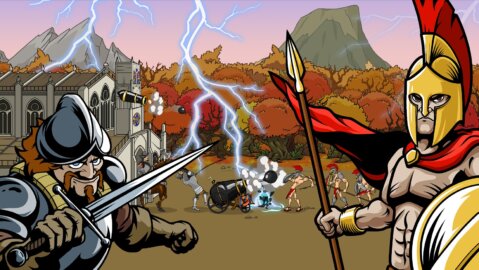 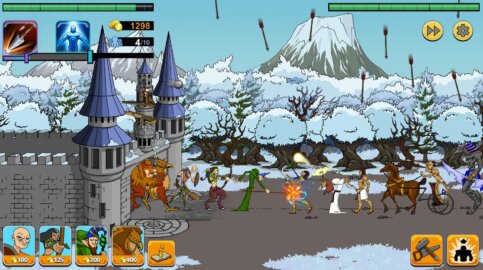 Age of War 2 is the second part of the exciting strategy Age of War, which conquered a huge number of users. The game has a classic gameplay, the essence of which is to create an invincible army and defend the base. But the developers came up with an interesting idea. Events span several eras, the participant must go through the fetters from the ancient world to the unimaginably distant future. At each stage, different warriors, weapons and technologies become available to him. If at first he will have only cavemen with stone axes and dinosaurs at his disposal, then later he will be able to introduce alien laser cannons into battle. As you progress through, magical abilities are also revealed that you need to endow your fighters with.

The main feature of the game Age of War 2 for android is the transition between eras. Each time period has unique differences that are immediately evident. The player has to re-examine the capabilities of the heroes and build tactics to defend the base. During battles on the display, the user sees two armies at once, rapidly going into the attack. To win, you need to use the unique abilities of your heroes, pump them up and acquire new characters in a timely manner. This is the only way to defeat the enemy and defend your own base.

The developers of Age of War 2 managed to combine completely different times, types of weapons and principles of warfare within one project. The participant will have to throw primitive people, modern soldiers and space aliens into battle. The game has beautiful graphics with excellent elaboration of locations and characters. A wonderful strategy will appeal to children and adults.

Features of the game Age of War 2

You can download the game Age of War 2 for android using the active link below.