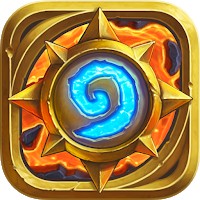 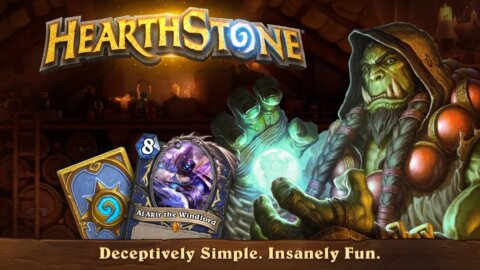 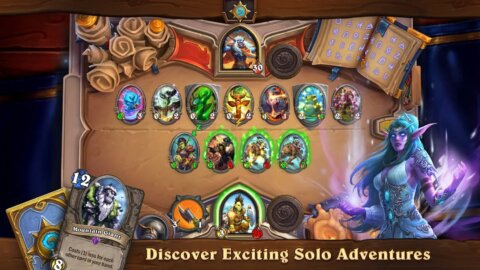 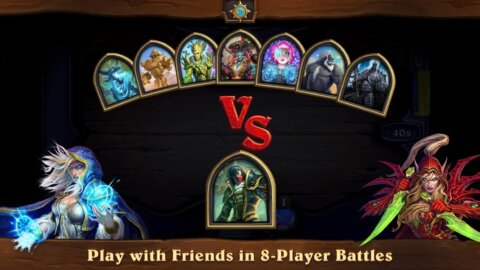 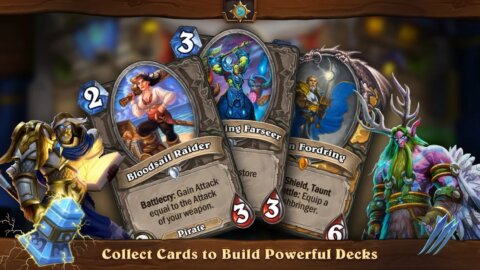 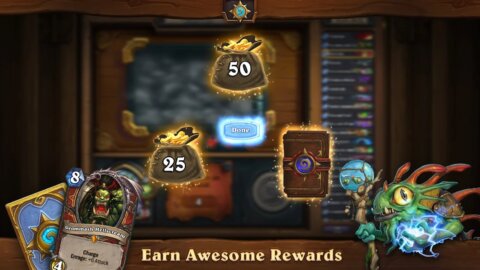 Hearthstone is an incredibly addicting and gambling card strategy game developed by Blizzard Entertainment. The game is able to attract the attention of not only experienced gamers, but also beginners. For them, a solo storyline is provided for learning and training, which will allow them to understand the mechanics and get used to it faster. Colorful graphics, simple and convenient controls, many different cards and opportunities for building original strategies make the game Hearthstone for Android an excellent choice for many users. The application has already gained popularity among fans of various game genres. The developers are constantly developing the project, supplementing the game with new various elements, thereby maintaining interest in it at the highest level.

In Hearthstone, game characters use cards to fight on a variety of tables. All heroes have individual qualities and skills, among which there are both strong and weak. Having assembled a deck of 30 cards, you can advance to the battlefield. You can confront other users in real time or compete with a bot.

Hearthstone has several modes. Each of them provides the user with the opportunity to gain experience in different gaming conditions and is interesting for its specific chips and features. In the ranked game mode, you must fight with other gamers. In the “arena” mode you need to build a deck from the provided cards. Recently, a “battlefield” mode was added, in which 8 randomly selected players fight among themselves for the right to take first place.

Each mode has its own game mechanics, but in general, they are simple and similar. Each card has its own cost – a certain amount of mana. By spending this mana and placing a card on the playing field, you can attack the enemy. Images with characters can be provocations and have a death rattle or a divine shield. In addition to them, the Hearthstone game has single or mass spells. While playing, collect coins for which you can buy boosters with new characters. And the dust will come in handy for creating colorful gold cards.

Hearthstone is an extremely addicting collectible card strategy game with great graphics, a wide variety of unique cards and multiple game modes. You can download the game Hearthstone for Android using the active link below.