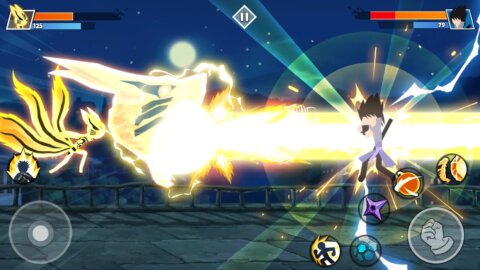 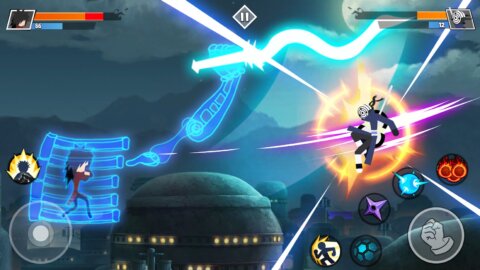 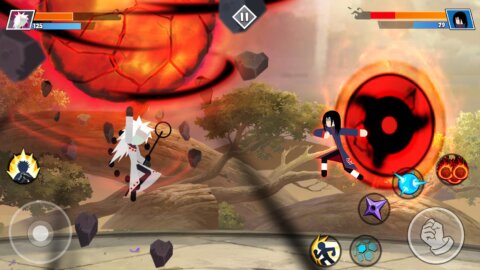 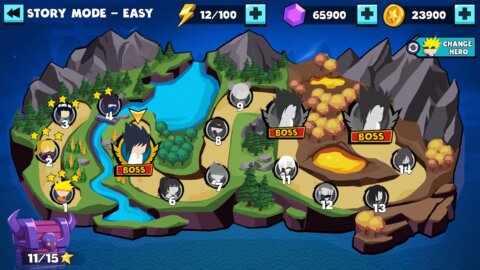 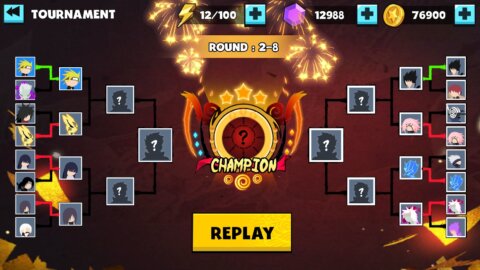 Stickman Shinobi: Ninja Fighting is a fun epic fighting game with arcade elements developed by DB RR STUDIO. The game is based on the popular TV series about a lively and restless teenager Naruto Uzumaki. His fans will meet familiar characters and plunge into the mysterious life of modern ninjas with pleasure. The participant will experience dynamic battles with brave and dexterous opponents, brutal battles with powerful bosses, and dizzying fighting techniques. Beautiful graphics, great special effects and impressive sound will appeal to even experienced gamers.

In the game Stickman Shinobi: Ninja Fighting for Android, first the gamer must choose his ninja from the starter set of familiar heroes. Each character has unique abilities and uses his own fighting techniques. As he progresses, he will receive cards with additional heroes that he can pump. Any victory won will give him the opportunity to unlock new locations and receive valuable rewards. But you need to closely monitor two indicators: the level of health and magic. They can be replenished during the game. To restore supernatural power, it is enough to press a special button in time. This cannot be done at the moment when the enemy attacks the hero and inflicts damage on him.

Stickman Shinobi: Ninja Fighting has a simple and convenient control system. On the left side of the display there is a joystick, which is responsible for moving the hero around the location. On the right, there are special buttons that allow you to deliver different hits and use unusual abilities. To defeat and inflict maximum damage on enemies, you need to combine techniques. After each successful battle, the player receives money and bonus cards with new characters. Ahead of the user are hundreds of original levels and brilliant victories.

You can download the game Stickman Shinobi: Ninja Fighting for android using the active link below.