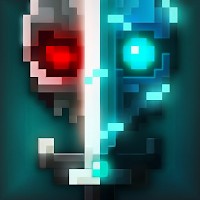 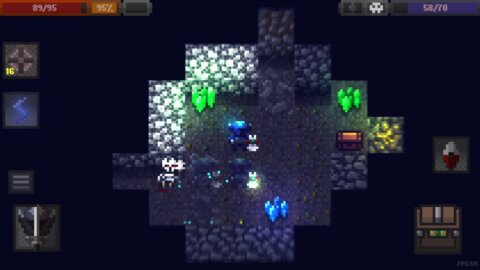 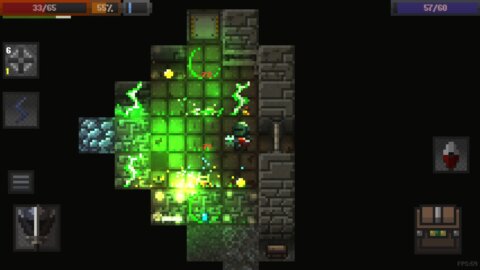 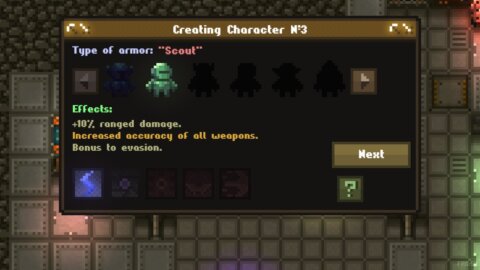 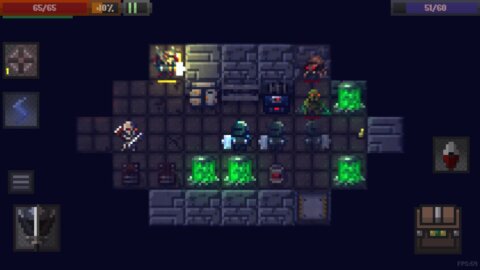 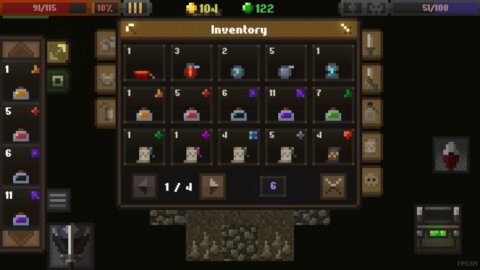 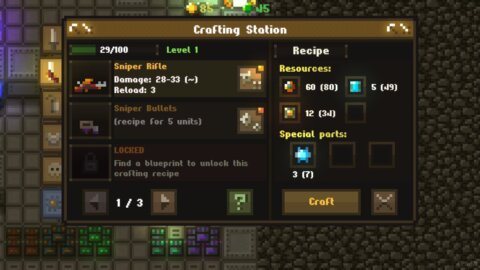 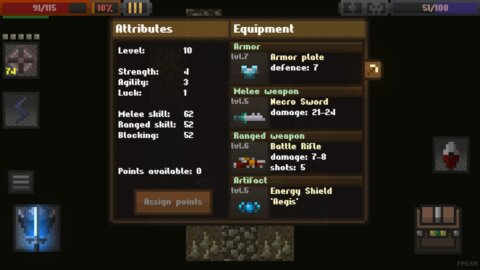 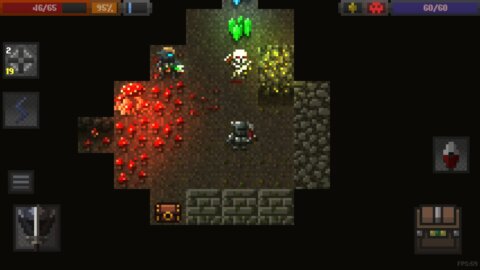 Caves is an interesting turn-based RPG made in the Roguelike genre. The game immerses the participant in a complex maze consisting of an intricate network of caves. Exciting adventures, cunning traps, unknown dangers and insidious enemies await him in the gloomy underworld. Caves has many levels and locations are randomly generated. In a difficult situation, the hero can use a pickaxe to pave the way.

In the game Caves (Roguelike) for android, you first need to create a suitable character. The user sets his class and basic characteristics, picks up equipment. After that, you can go to explore the underground tunnels. As you progress, you need to pump the hero, developing the initial skills and adding new abilities. Even if the character dies, some improvements and resources found are saved. Dealing with the principles of pumping will be quite difficult, the developers have poorly thought out this moment. But this must be done, because without improvements it is impossible to defeat numerous enemies and bosses.

The visual component of Caves will appeal only to retro lovers. Simplified shapes, rough lines, angularity and fuzziness have become characteristic features of the project. Poor quality graphics can put off someone. But the game has many virtues. Users will certainly enjoy the calm gameplay and great prospects for the development of the hero. RPG captures from the first minutes and does not leave the display.

Features of the game Caves (Roguelike)

You can download the game Caves (Roguelike) for android using the active link below. 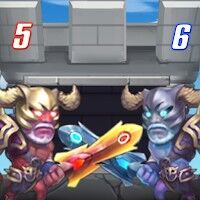