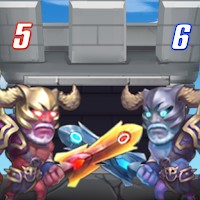 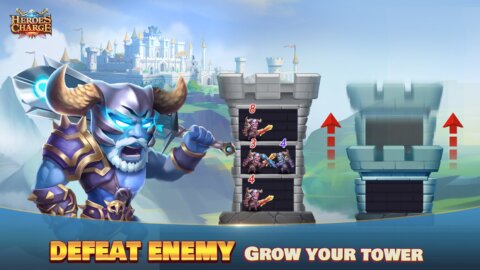 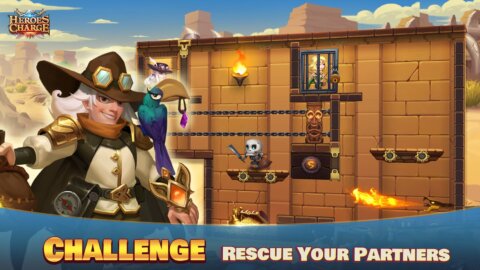 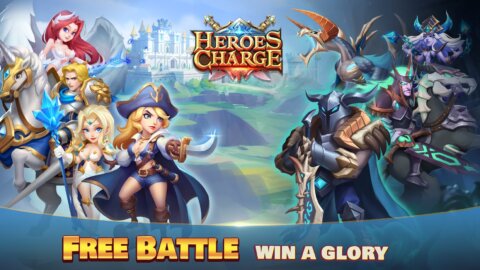 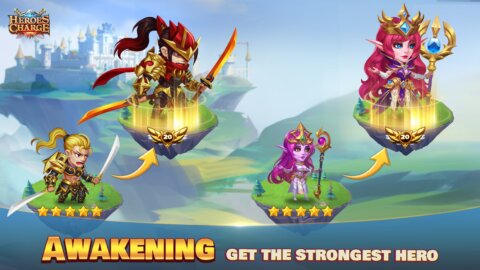 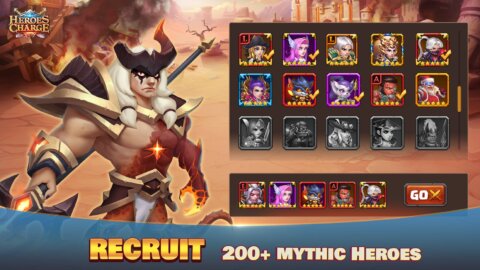 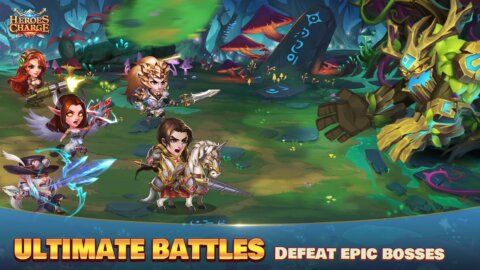 Heroes Charge is a beautiful arcade RPG developed by uCool. The game takes the participant into a huge fantasy world inhabited by magical creatures. His task is to select a team of brave and experienced warriors who can cope with dangerous opponents and evil monsters. This will clear the locations and return peace and tranquility to the earth. The project has an interesting plot, exciting gameplay, colorful graphics and easy controls.

In the game Heroes Charge for android, the player will have more than fifty unique characters at his disposal. Each of them adheres to a specific combat system and has unique abilities. The user can include in a squad of well-aimed archers, strong warriors, brave knights and powerful sorcerers. The main thing is to assemble the most effective team capable of fighting any opponents. The battles take place in automatic mode, the gamer can only watch the epic battles. But in a critical situation, he can intervene and inflict a particularly strong blow on enemies.

The gameplay of Heroes Charge has a sequential storyline with a phased development of events. In addition to the main missions, you will need to complete various quests and take part in spectacular PvP battles. They take place in special arenas and allow you to compete against players from different countries. If you wish, you can team up with other users and join a guild to jointly participate in particularly difficult campaigns. It is important to constantly hire additional fighters and pump your characters.

Features of the game Heroes Charge

You can download the game Heroes Charge for Android using the active link below.