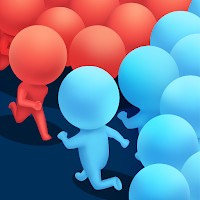 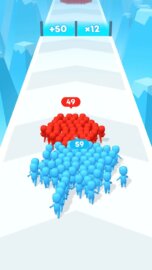 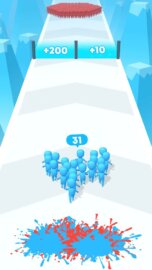 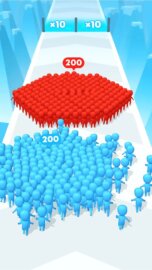 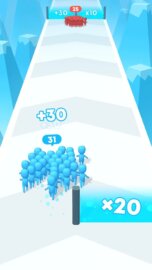 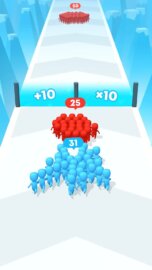 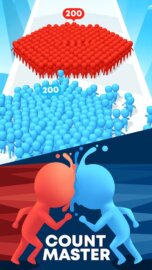 Count Masters: 3D running game is a runner game with arcade elements. You will have to take part in a massive race of drawn men. You will have a group of stickmen at your disposal, which you will have to manage. Replenish your team by running through special gates. On the way, there will be dangers in the form of all kinds of obstacles that must be skillfully avoided, and enemies with whom you have to fight.

In the game Count Masters for android, each new level is an obstacle course that must be overcome. At first, you will have to control one person, but during the race, when specific conditions are met, other stickmen will join the team. Run through the special gates with the numbers indicated and the corresponding number of allies has been added to the army. Try to go through the gates with the highest number indicated so that your squad becomes really large-scale.

In Count Masters, on the way, when passing the route, you will come across enemy teams with which you need to engage in battle. The army with the most stickmen will win. So do not be lazy to collect a powerful army and be careful when meeting obstacles: a collision is fraught with the loss of part of the squad. Skillfully go around obstacles, showing your dexterity. After completing the level, you will receive a good cash reward. The received reward can be spent on pumping your stickmen army.

Features of the game Count Masters

Count Masters is a fun runner that will appeal to both children and adults. Win or be defeated. Gather a whole army, run to the finish line, where a boss battle awaits you. Show your leadership skills and skills. You can download the game Count Masters for android using the active link below.