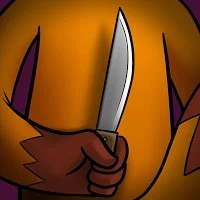 Suspects: Mystery Mansion is an interesting and original multiplayer action game based on an exciting game. Only in the prototype, the scene of action is a space station, where a sophisticated and insidious killer must be found among the crew members. And in the game Suspects: Mystery Mansion for android, events take place in a mysterious mansion. A motley company gathered there, and suddenly people began to die. An investigation is underway, but it is not so easy to find the culprit. This will require attentiveness, observation and logical thinking.

It is known that the killer was among the guests. The investigation is conducted by a specially invited detective who is trying to find him. He must carefully collect all the evidence, check the alibis of those present and draw the correct conclusions. The situation is complicated by the fact that the killer may have accomplices. The guests try to divert suspicions from themselves and help the investigator. It is impossible to predict the course of events, because every action of the players affects the plot and predetermines the ending.

Suspects: Mystery Mansion is an action-adventure game designed for 10 people to play simultaneously. They are all located in a mysterious mansion and play different roles. Among them there are ordinary guests who freely move around the locations and perform simple missions: cleaning the floor, lighting the lights, arranging furniture, hanging pictures, disarming explosives and other actions. The player can choose the role of a detective and devote time to finding the criminal. This is the most interesting character on which the ending depends. Finally, you can become an assassin, hide in secret places and eliminate anyone who tries to solve the mystery.

In Suspects: Mystery Mansion, the system randomly selects participants based on their rank. But you can create a team and invite friends. The chosen role determines the player’s actions and all further gameplay. Guests and detectives should be extremely careful! You cannot stay in the room with one of the participants in the game, because he can turn out to be a cruel and cold-blooded killer. But the criminal is not afraid of anyone and calmly plotting. He can stab any of those present, commit sabotage and disrupt the orderly life of the inhabitants of the mansion.

Suspects: Mystery Mansion has original gameplay that will impress fans of interesting adventure projects. Locations are distinguished by thoughtful design, high-quality graphics allow you to see the smallest details. All characters have different personalities and original appearance. Simple control allows you not to be distracted by looking for the right commands, but immediately immerse yourself in a fascinating process. The action will appeal to children and adults. You can download the game Suspects: Mystery Mansion for Android using the active link below.