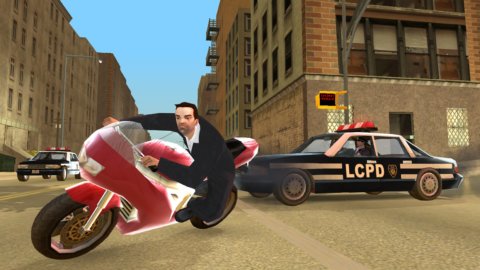 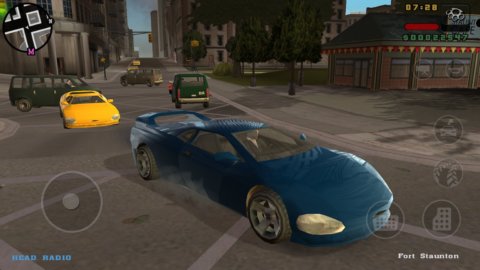 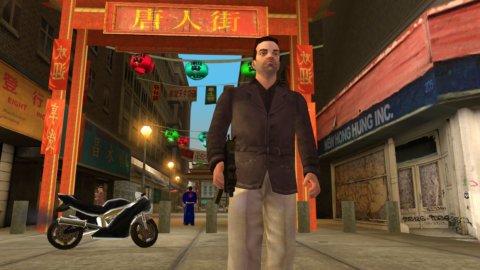 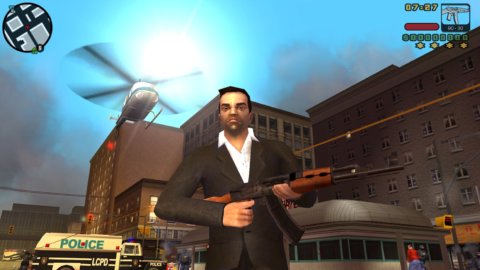 GTA: Liberty City Stories is a continuation of one of the most famous and popular projects, loved by thousands of users. The first acquaintance of gamers with GTA games took place using a computer, later there were versions for mobile devices on Android.

The plot of the game GTA: Liberty City Stories is classic, you will have to go through many difficult missions and restore justice. The gamer in the project is assigned the role of the main character, whose name is Tony. The hero has an unusual past, before he was a “soldier” of the Leone mafia family, incredible, exciting and interesting adventures await him. The story begins with the fact that Tony decides to visit Liberty City, after arriving he realizes that his homeland is drowning in blood and warriors led by gangster groups. The formerly prosperous city is divided into territory by criminals.

In GTA: Liberty City Stories, the player is faced with the daunting task of regaining the power and influence of his family. On the way to the goal, there will be serious bandits, hired killers, bribe policemen, relatives who have become traitors. Gamers will have to ride the streets of their hometown, remember the old days. Power in the city is in the hands of mafia families, the entire population lives according to the laws of bandits, everyone is afraid of them, even the police listen to the orders of the gang members.

The protagonist of the game GTA: Liberty City Stories, named Tony Sirpini, did not appear in the metropolis for four years, he left it after the massacre of the head of one of the mafia families. After this event, constant surveillance was carried out for him, but the gang members could not find the hero. Tony hoped that he would never return to the city, but he again had to visit the damned place and walk along the well-known streets, because only he can eliminate the thriving lawlessness. He will have to risk his life in order to establish himself and prove his importance, superiority.

The player must eliminate dangerous people, intimidate enemies and steal cars. In the game GTA: Liberty City Stories for android, the actions of the gamer are not limited, he can independently make decisions. It is not necessary to kill ordinary people, such actions will attract the attention of the police who will not spare anyone. The hero is in danger everywhere, the information that he has returned immediately goes to the enemies. Representatives of the gang do not want to get involved with the character, they will quickly begin to develop a plan to destroy him. The main character has an advantage over his enemies, thanks to his long reign, he knows how to deal with any bandits.

In order for Tony to regain his honor and respect, he will have to go through many cool story tasks. Each of the proposed tasks in the game GTA: Liberty City Stories is unique, it can be an independent element or part of a whole. Using skills, abilities, the gamer will be able to complete the mission and achieve the goal. The hero has unfinished business in the city, to solve them he will need to get stained with blood. Without the support of friends, the hero will not cope with the enemies, will not return the territory and will not win.

You can download the game GTA: Liberty City Stories for android using the active link below.