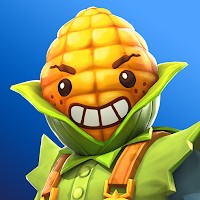 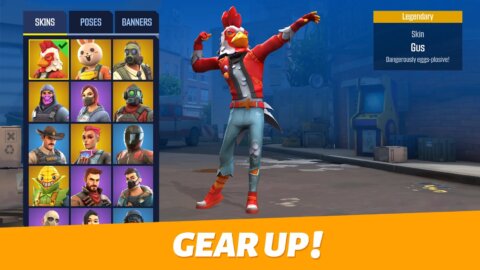 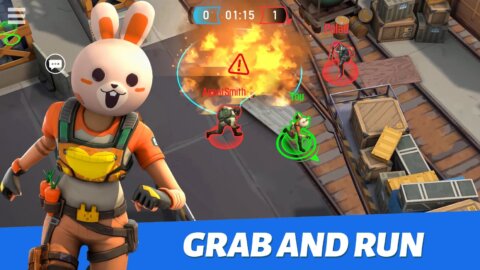 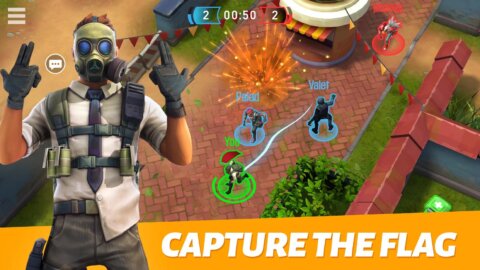 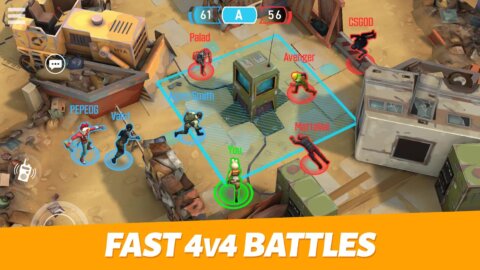 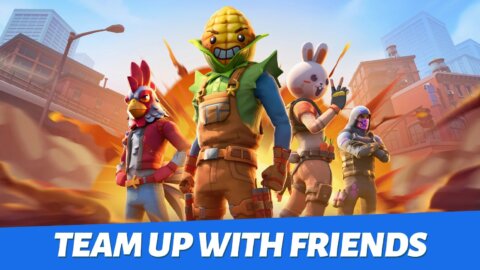 Outfire is a fun top-down shooter. The game will have to fight in quick battles, in which, unlike other shooters, victory will not be influenced by the speed of reaction, but by a well-thought-out plan of action. In the project, you can enjoy dynamic multiplayer battles and tactical battles.

The variety of game modes will not let you get bored. The game Outfire for Android includes three modes: Battle Royale, Capture the Flag and Data Theft. In the royal battle, everyone fights for their life, there will be only one survivor. The random placement of participants on a narrowing map will allow you to feel all the tension of the game and the inevitability of a battle with each other. If you choose Capture the Flag mode, you will find yourself in one of two teams that will struggle to capture the enemy’s flag and hold on to theirs. Data Stealing combines elements of survival and battle royale.

In Outfire, each team consists of four players. The fight does not last long – only a few minutes. The controls during the battle are placed so as not to interfere with enjoying the dynamic gameplay. For victory, you will receive currency, for which you can buy new more powerful weapons and improve the existing ones by purchasing various modules.

Features of the game Outfire

You can download the game Outfire for android using the active link below.