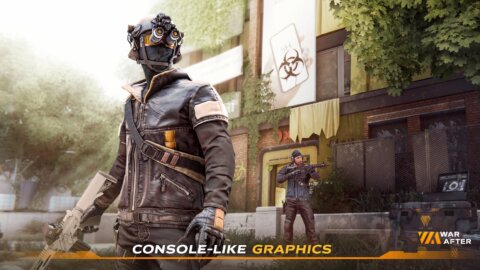 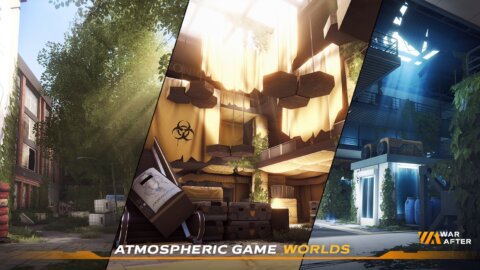 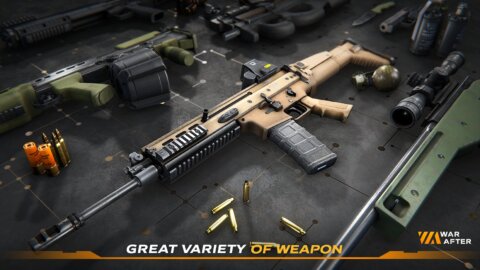 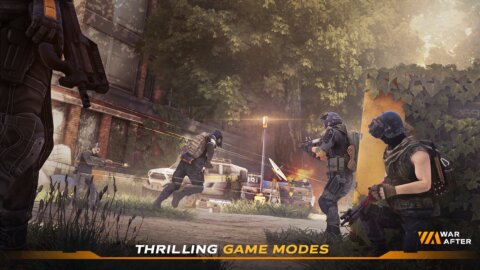 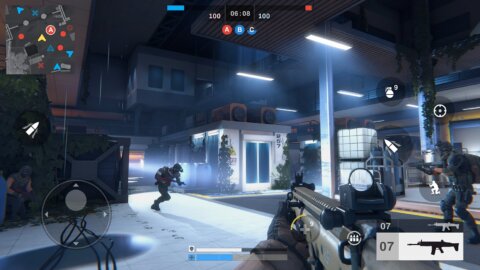 War After is a popular multiplayer first-person action shooter project developed by GDCompany. In the game, the participant will find himself in a cruel and terrible world where a real apocalypse took place. Disaster survivors are trying to adapt to the new reality. They are forced to fight for resources, materials and products. For effective struggle, the remnants of the survivors create numerous squads. The player must join one of them and engage in a fierce fight in the PvP format.

The game War After for android has a dynamic and addicting gameplay. Classic mechanics will allow you to quickly understand the process. It consists of team battles. To win, you need to hit the maximum number of opponents and capture as many bases as possible. Events take place in several locations. They are worked out so well that the smallest details can be discerned. The gamer will have good equipment and different types of weapons at his disposal. He can use a pistol, shotgun, assault rifle, machine gun, and so on.

As you progress through War After, you need to pump the main character and improve his appearance and weapons. There are many possibilities for this. The game features great graphics, comparable to the console level. Each victory raises the rating of a particular participant. The best users can get into the hero table, but for this you need to excel in battle. This bright and dynamic project will appeal to everyone who loves exciting shootouts and modern special effects.

Features of the game War After

You can download the game War After for Android using the active link below.