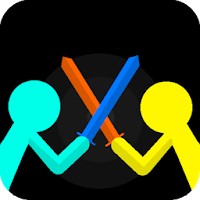 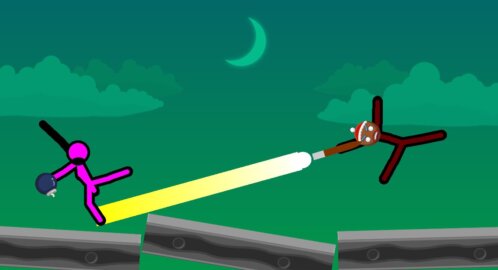 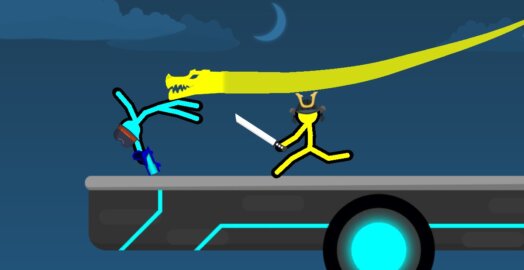 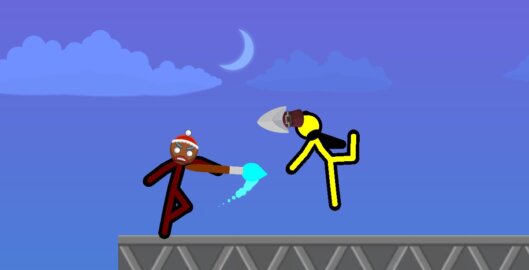 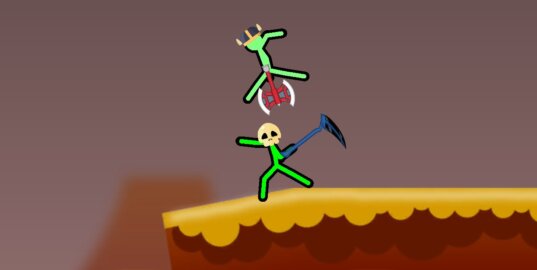 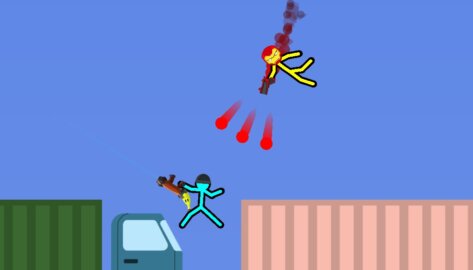 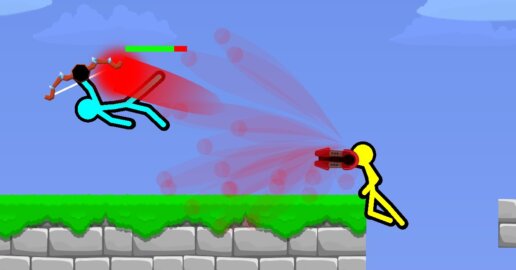 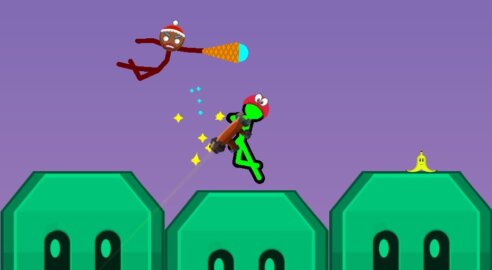 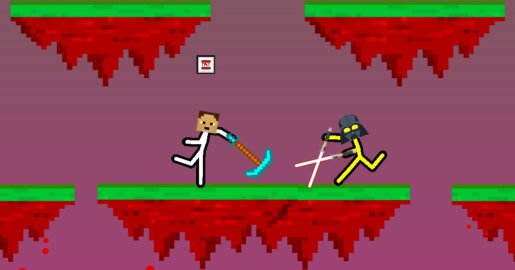 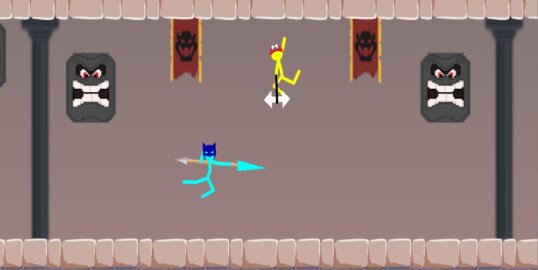 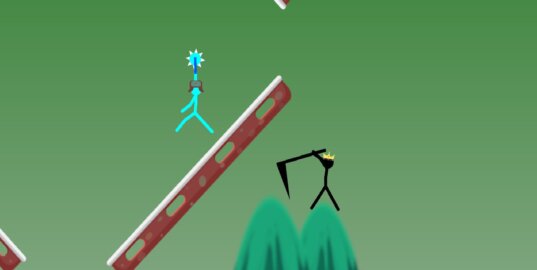 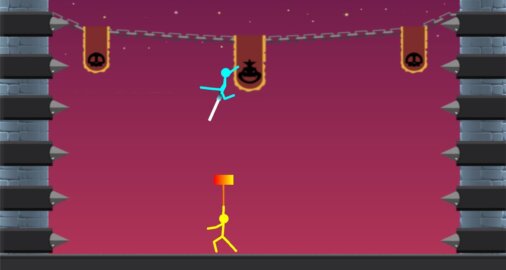 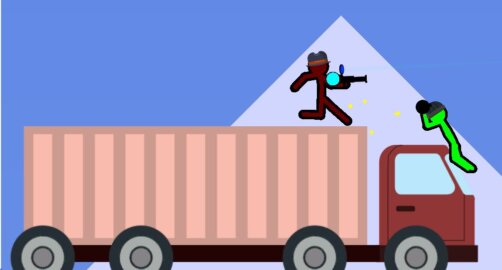 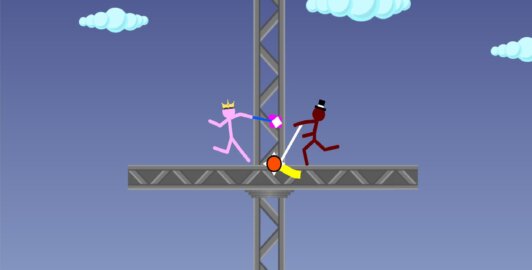 Supreme Duelist Stickman is a fun and dynamic arcade game where a brave Stickman fights his opponents. The game is divided into many levels with different designs. The hero will have a large selection of cards and weapons at his disposal. The project develops attentiveness, dexterity, reaction and helps to spend your free time interestingly.

In the game Supreme Duelist Stickman for android, you first need to choose the appropriate mode: single passage, multiplayer campaign and battle for survival. The difficulty of passing and the dynamics of the gameplay will depend on this.

The first option involves fighting another player. The goal is to destroy the enemy before he can do it. Each fight takes place in a new location with an original and striking design. The multiplayer mode allows you to fight together on one device. The display will show a second virtual joystick, which is used for control. Choosing a survival mode, the player must fight many opponents. The goal is to destroy as many enemies as possible and not die.

In Supreme Duelist Stickman, the participant chooses the card, the color of the character and the appropriate weapon. After that, you can dive into the game. A dynamic and addictive arcade game that will give you many hours of fun. The main task of the player is to try to win all the battles by defeating his opponents. Control is carried out by means of a virtual joystick, even beginners will quickly master it. The hero attacks automatically in the direction in which he is moving.

Arcade Supreme Duelist Stickman includes many cards with different designs. The minimalist graphics will not spoil the experience. The player can equip the character with different weapons, which he chooses before starting the passage. The application requires a minimum of resources, which allows it to be used on any mobile device. The project will appeal to children and adults. You can download the game Supreme Duelist Stickman for Android using the active link below.